Year of our Burning 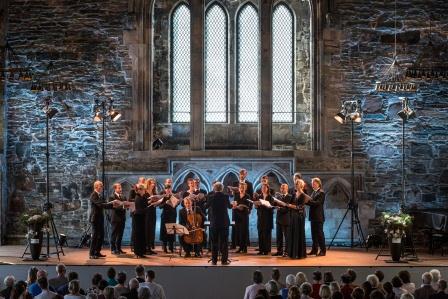 YEAR OF OUR BURNING

YEAR OF OUR BURNING (World premiere)

The concert includes the world premiere of a work by the 2021 Bergen International Festival composer, Missy Mazzoli. Year of our Burning is a response to the corona pandemic. Through the music and the choir’s movements on stage, the piece portrays interpersonal relationships during this exceptional period.

The concert programme draws lines and traces connections between past and present, tradition and renewal. Mogens Dahl explains: ‘In the close-knit network of voices in the programme the common denominators are tonality and melody to a greater extent than the groundbreaking modernism. The audience can virtually listen to music history and hear Bach through the composers on the programme. The essence is a majority of voices, a musical language with dialects from a variety of countries, communicating with one another via underground corridors in the musical buildings.’

The soloists are  cellist    Amalie Stalheim and horn player David M.A.P. Palmquist who has written the concert’s first piece: Nocturne.

The concert also includes music by Bach, Brahms and Per Gunnar Petersson.