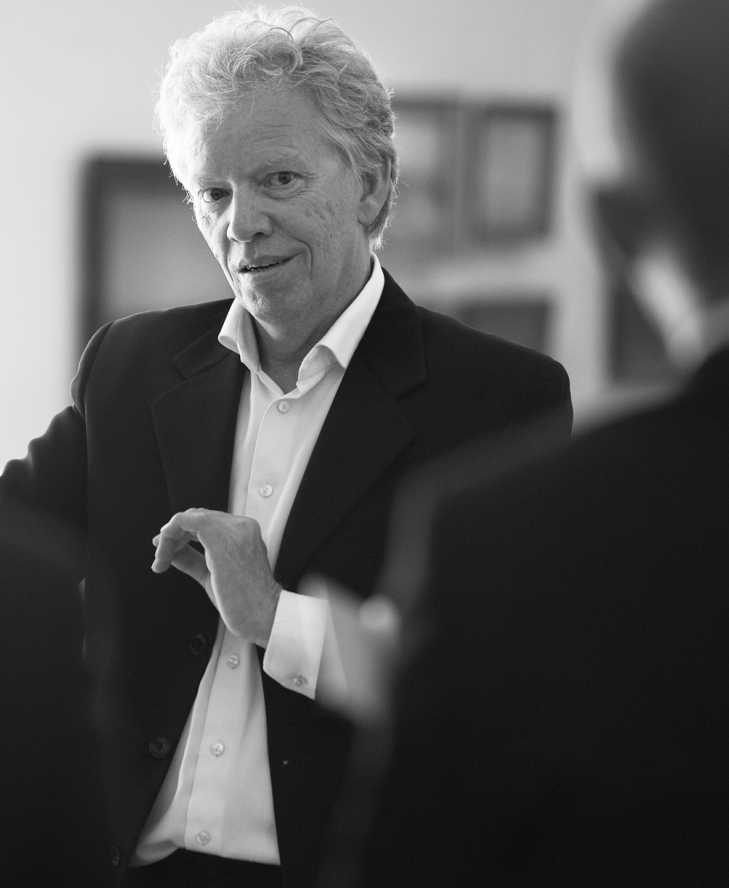 A number of notable projects in Danish music can be attributed to the conductor Mogens Dahl. Based in his own concert hall at Islands Brygge in Copenhagen, he has been a major force in the development of choir projects and chamber concert series of international scope.

In recent years, Mogens Dahl has had his main focus as a conductor leading his own chamber choir which, particularly through collaborations with leading Scandinavian composers, has made its mark on the international scene. The collaboration between the choir and the London-based Orchestra of the Age of Enlightenment on the performance of Händel’s Messiah in the Church of Holmen has also contributed positive to the reputation of the choir. In 2017, the Danish newspaper Berlingske Tidende referred to the latter project as ‘one of the best in Europe right now’.

Two of the most recent performances are available on CD with Mogens Dahl as conductor: ‘Nordic Mass’ for choir and cello, composed for the Mogens Dahl Chamber Choir by Sven-David Sandström and performed at the 2014 Bergen International Festival, ‘ Passion of St John’ by the same composer, performed in the Konzerthaus Berlin as well as at the Bachwochen in Erfurt and in the Church of Holmen in Copenhagen.

In the past, Mogens Dahl has conducted numerous TV and radio productions and scenic productions – at the Stockholm Opera, Staatstheater Kassel Opernhaus, the Aarhus Theatre, the Danish National Opera, the Royal Danish Opera, the Trondheim festival Olavsfestdagene and the Funen Opera. He has also been a visiting professor at the Belo Horizonte University of Brazil.

In 2005, Mogens Dahl was given the opportunity to realise the dream of having his own concert hall in Copenhagen. This became the start of the Mogens Dahl Koncertsal, where prestigious chamber music series featuring major international names regularly perform.

Mogens Dahl studied at the Aarhus University Department of Musicology in Aarhus and at the Royal Aarhus Academy of Music followed by additional studies with, amongst others, Eric Ericson and Jorma Panula.