Sonnets of Darkness and Love 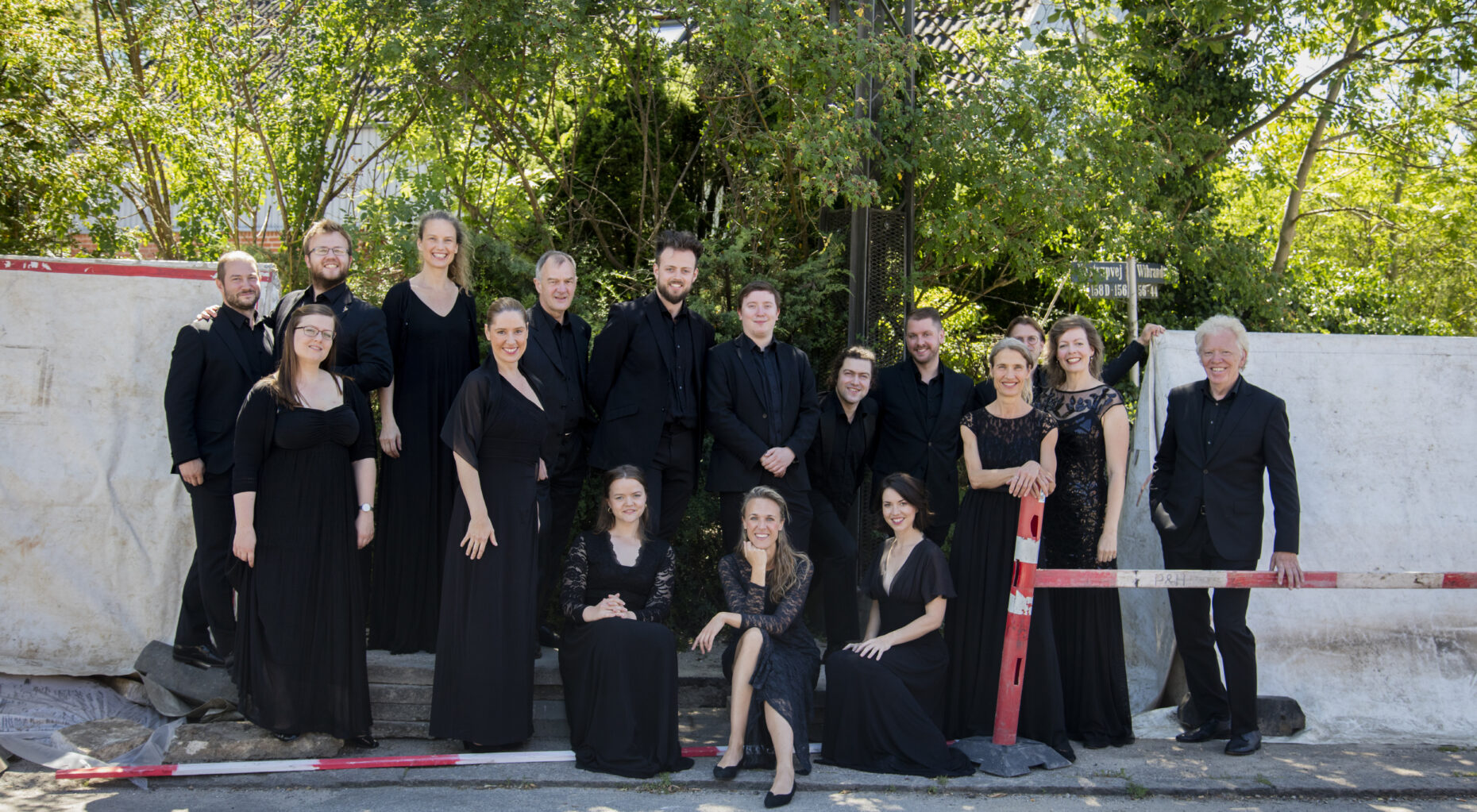 At this year’s Golden Days Festival, Mogens Dahl Chamber Choir, together with the world-renowned jazz trombonist and singer Nils Landgren, presents a program dedicated to the passion of darkness at the border of consciousness and civilization. A music born out of the insane power from the depths, when love fails and you are left – despised and abandoned.

The concert’s main work is the world premiere of the Swedish composer and the choir’s longtime composer in residence, Sven-David Sandström’s last work before his death in the summer of 2019: “Sonnets of Darkness and Love”. The work is composed and dedicated to Mogens Dahl Chamber Choir and to the Swedish trumpet player and singer Nils Landgren.

Also on the concert program this evening is Claudio Monteverdi’s: Lasciatemi morire from Lamento d’Arianna from 1614 (Ariadne’s lament) and another madrigal by the same composer: Ecco mormorar l’ónde. This is an ode to dawn, based on a poem by Torquato Tasso (1544-1595).

The concert begins with one of Mogens Dahl Chamber Chamber’s signature works: Per Gunnar Petersson’s: Aftonland (1989), where Lägerkvist’s lyrics create a cohesion with nature, death and everything we cannot see, but still sense.

Sven-David Sandström, Sweden
The great Swedish composer Sven-David Sandström and Mogens Dahl Chamber Choir have a long and fantastic history together.It started with “Nordic Mass” in 2015, premiered at the Bergen Festival. After this, Sandström, as the ensemble’s Composer in Residense ‘, created a series of magnificent and groundbreaking works in the neo-romantic style that were – and are – perfectly suited to Mogens Dahl Chamber Choir’s transparent, Nordic sound universe. One of these works is “The Passion of St. John” (text curated by Jakob Holtze) – premiered at the Konzerthaus Berlin in 2016. A lot of the works are recorded and available on CD and streaming.

Sven-David Sandström died on June 10th 2019 and thus Scandinavia has lost one of its great composers.

Nils Landgren, Sweden
The Swedish trombonist and singer Nils Landgren is one of Sweden’s greatest living jazz musicians. He began as a classical trombonist. But after an encounter with the Swedish folk jazz pioneer Bengt-Arne Wallin and the trombonist Eje Thelin, Landgren began to develop his very own approach to improvisational music. He is one of those unique musicians who, with both his personal sound and his approach to music in general, has attracted international attention across traditional genres – and this applies both when he plays and when he sings.

The concert takes place in the wonderful Church of Holmen in the very center of Old Copenhagen.