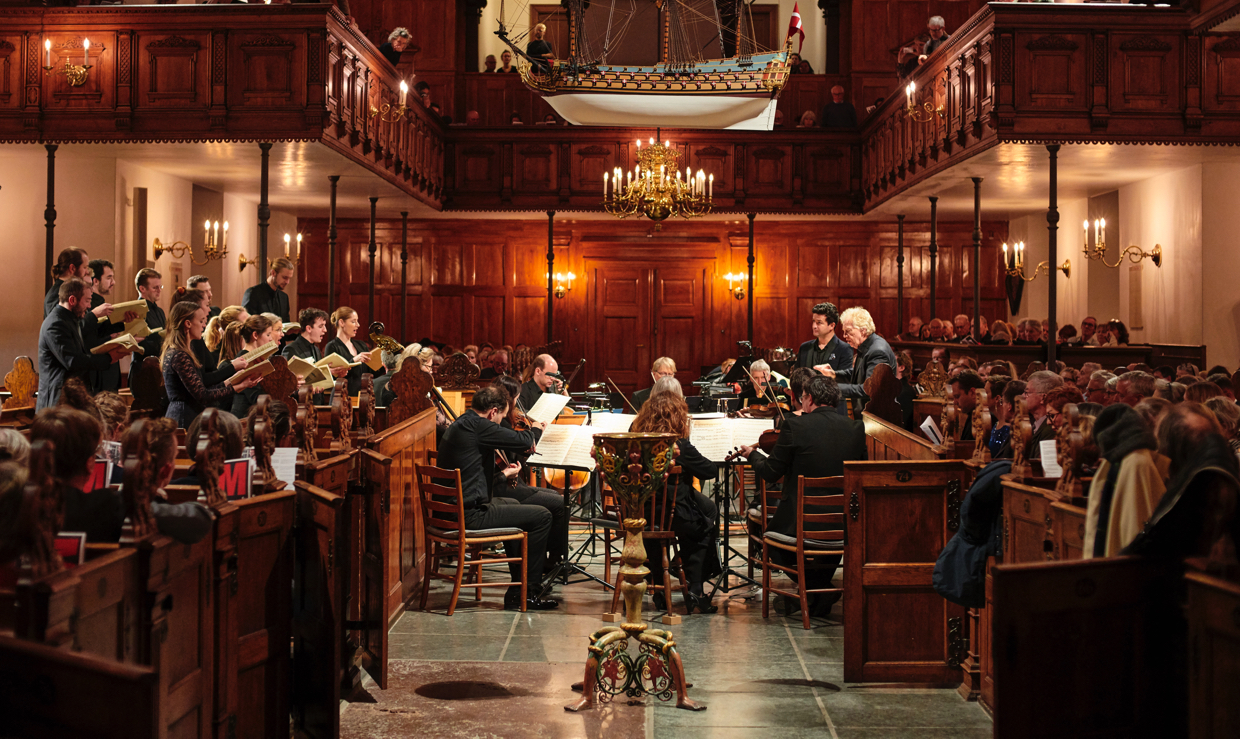 
Mogens Dahl Chamber Choir
Orchestra of the Age of Enlightenment

Mogens Dahl Chamber Choir is a unique, international choir project which moves beyond artistic and organisational traditions. And when the choir plunges into their 13th interpretation of Händel’s immortal oratorio ‘Messiah’, the aim is to create a unique concert that lives up to all the previous performances.

As the years have passed, Mogens Dahl Chamber Choir has exercised an increasingly firmer grip on their personal interpretation of Händel’s masterpiece Messiah. The London ensemble Orchestra of The Age of Enlightenment has been the ideal contributor to the international project that has presented the Copenhagen audience to a version of the oratorio, which is both modern while, at the same time, true to Händel.

“Mogens Dahl’s outstanding Messiah” wrote Berlingske’s reviewer Søren Schauser, and adorned it with six stars following the performance where the British Orchestra of the Age of Enlightenment contributed for the first time in 2016. Politiken was also enthusiastic: “It was simple, beautiful and redeeming,” wrote Thomas Michelsen.